Hi! Welcome To Affirm In Five!

With the help of affirmations, one can change negative or sabotaging thoughts into supportive, positive thoughts and create the life they want. We are here to help you make that shift in your life. 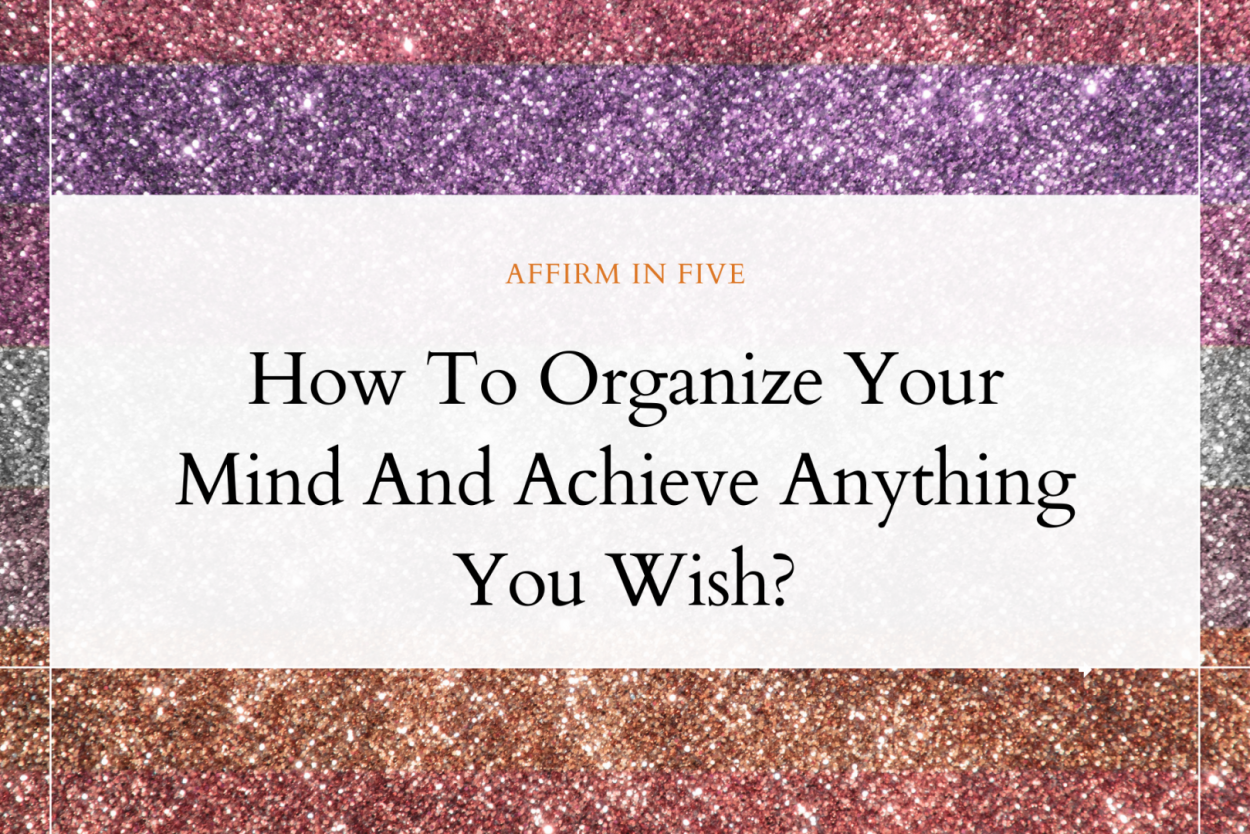 Did you know that you actually help your mind achieve success by organizing your thoughts? Be organize and you can achieve everything.

Can you actually organize your mind to achieve anything you wish? Your brain is a magnificent organ. Indeed, it can collect and arrange the information that even the most advanced supercomputer on the planet cannot. Your brain contains approximately 100 trillion synaptic connections (synapses), which constantly transfer information to various areas of the brain and body.

According to most experts, the human brain is the most complicated structure in the universe. Even with cutting-edge scientific tools and measurement devices, we are merely scratching the surface of understanding this wondrous creation.

While the brain is extremely powerful and capable, it is prone to erroneous thinking. This is mostly a result of evolution, as the reptile section of the brain — the amygdala – continues to produce unusual impulses and emotions. The “fight or flight” reaction is begun in the amygdala.

Fortunately, the forebrain, the most advanced (and developed) region of the brain, is capable of suppressing these errant impulses. While it is not always easy, the human brain has a fantastic way of ingraining habits into our thinking. Essentially, your brain can learn certain behaviors to arrange itself.

10 Ways to Help Organize Your Mind

Are you ready to start organizing your mind to achieve success? Here are some things you can do!

Simply put, the human brain is not capable of multitasking. Yeah. That one quality that so many workplaces take pride in is pure nonsense. The only efficient multitasking that the brain is capable of is talking and breathing. Any higher-level work, such as writing, emailing, filing, cooking, computing, and so on, necessitates single-tasking. It is the only authentic method of organization.

But don’t you “multitask” all the time? You’ve got a lot to do, and this is the only way. Sorry to burst your bubble, but you’re shifting your brain’s attention from one task to another. This habit is harmful for two reasons: (1) it depletes your brain’s energy, and (2) it is ineffective, requiring extra time for the brain to redirect its attention on a new task.

Keep a Written List to Help you Organize Your Thoughts.

Even though your brain is a technological marvel, it has limited resources. Keeping a list of activities to complete is an excellent approach to free up some much-needed brain space.

The human brain is obsessed with written lists. Why? Because lists tap into our brain’s intrinsic ability to organize and comprehend information. Lists, in particular, are categorical in character, which appeals to the brain’s predisposition for memorizing information. Additionally, written lists are an excellent technique to reduce stress caused by memory gaps.

Our culture is technologically addictive. Some major mental health professionals claim that millions of people suffer from technology addiction — a chemical and psychological reliance similar to that of narcotics and alcohol.

Constant ‘information overload’ is unhealthy because the brain needs time to think, recharge, organize, and reenergize. A steady stream of incoming data, whether from a device or elsewhere, is damaging and contradicts the basic composition of the human brain.

Consider this analogy: do you know how your phone or computer occasionally freezes (or shuts down) when you don’t turn it off? The same idea applies. Working memory is everything, my friends.

That term comes up again: aware. You’ve probably heard of (or tried) mindfulness, meditation, or both. Good for you if you practice mindfulness… Your brain appreciates it. Consider becoming a student if you’ve only recently learned about it.

Mindfulness is a state of being and living. Whether you do daily meditation a morning habit or take a 3-minute mid-afternoon break, you deserve this time. It’s simply being aware of what you’re doing without passing judgment or condemnation. When meditation, the emphasis is on the breath, and when the mind wanders, it is gently brought back. Of course, it’s easier said than done, but you can (and should) practice while learning.

Without getting too technical, let’s just say that mindfulness has remarkable impacts on your brain. There is a wealth of information on the subject available on the internet. Here’s an excellent quote from Daniel Goleman:

(Mindfulness) is not about clearing the mind; it’s about focusing on one thing. When the mind wanders, meditation is not a failure. Our brain is like a wayward puppy, out of control. Catching it and putting it back is the object of meditation.

Place Items in the Same Location.

This is certainly something you’ve heard before. It turns out there is a valid explanation for this. The brain has a structure called the hippocampus, which is the same brain area that tells a squirrel where it stashed its nuts… and functions similarly.

The hippocampus has a feature known as “place memory.” This word is apt given that this structure has the extraordinary capacity to link crucial events (such as key placement) to specific locations (your refrigerator).

As previously said, your brain has limited resources, one of which is energy. In this regard, the brain is analogous to a computer: the more information that is processed, the more energy is consumed.

Because of this energy consumption, you can’t expect to work in a fast-paced environment for hours on end while maintaining the same degree of efficiency. As a result, breaks are critical for your brain. Do something entertaining and stimulating to make the most of your break.

To Organize Your Schedule, Use a Calendar.

That old calendar in the closet may no longer be required, but using a calendar in some form is still a good idea. Calendars, according to neuroscientists, are excellent at externalizing memories and freeing up brain space.

So acquire an app, utilize Outlook, or just grab a good old-fashioned “flip” calendar. Make utilizing a calendar a habit, and you will notice how much easier, and less stressful your life will become.

Nowadays, you need a password for almost everything. Make things easier on yourself by using the same password or a simple version of it. Some apps, particularly those used in the workplace, require password changes for security reasons. A easy option is to replace or add a sign or number.

Remember that your brain is adept at turning repetitive activities into habits. Using the same password or a little variation can make it much easier to remember them while also freeing up some much-needed brain space.

Sleep was frequently misunderstood until the 1950s. We only knew it was late, tired, and fell asleep until the next morning. Sleep is increasingly recognized as an essential component of brain function by experts. When we don’t get enough sleep, we have focus, coordination, memory, and mood problems.

According to most scientists, adults require a minimum of seven hours of sleep. At least eight hours for teenagers (ages 14-17), nine hours for school-age children (6-13), ten hours for preschoolers (3-5), eleven hours for toddlers (1-2), twelve hours for infants (4-11 months), and fourteen hours for newborns.

Neuroscience has uncovered something else fascinating about our brains: they are constantly reshaping themselves.

It was originally considered that your brain stopped maturing after a particular age, usually in adolescence. Science has shown that your brain continues to change shape throughout your lifetime.

When you learn anything new, your brain makes new connections. These new connections gradually alter the general structure of the brain area that is being used. This is known as “neuroplasticity,” and its importance extends far beyond learning to areas such as adjusting for severe injuries and disease.

When I need to order my life and mind again, I go over these six stages and make sure I am still incorporating them into my daily routine. I want to ensure that I am focused and not allow clutter, a lack of planning, or some necessary healthy habits to make my life run more smoothly.

I also use a printable calendar to keep track of holidays and appointments and be prepared for anything that may arise.

If you prefer to arrange your life electronically, I recommend utilizing Google Calendar on your phone to plan out the day, week, and month so you always have a plan and a spot to see what tasks are coming up soon. I’m sure there are other wonderful tools for planning on cell phones that you can utilize. 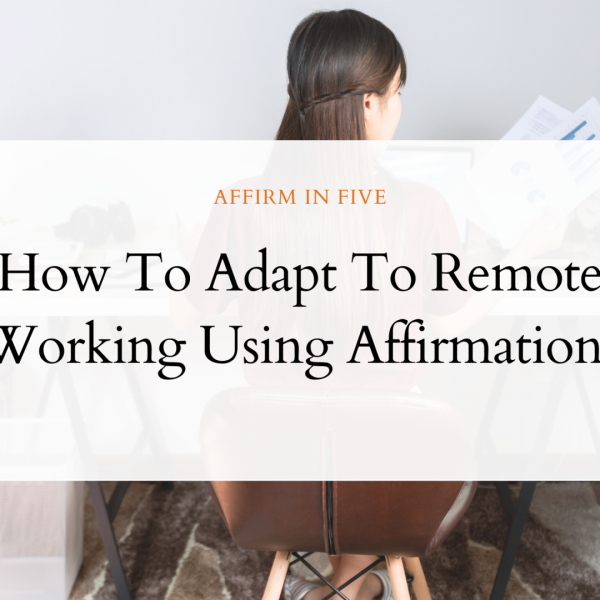